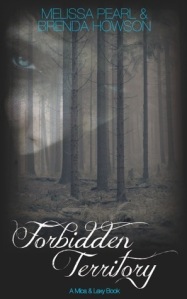 Mica and Lexy have been best friends and next door neighbours since they were eight years old. They share everything and have no secrets from each other until… Tom arrives on Mica’s doorstep – a gorgeous exchange student from England. And Lexy is smitten.

Suddenly both girls are keeping secrets. Mica is hiding news about Tom’s English girlfriend and Lexy hasn’t got the heart to tell her best friend that her brother Eli, the guy Mica is mad on, thinks of her as only a friend.

After a massive fight, the girls decide the best way to mend their friendship is to spend some quality time together. And what better way than to go camping away from their parents and why not invite along the guys they are crushing on.

So the four teenagers embark on a geo-caching expedition into New Zealand’s native bush expecting a long weekend filled with flirtatious fun; instead secrets are exposed as they stumble across a hidden marijuana crop and its gun-wielding watchmen. Forced apart they spend the next forty-eight hours racing blindly in opposite directions as they fight to find each other before the hunters do.

I received a free copy of this book from Netgalley in exchange for an honest review.

I loved this book. It’s not often I read YA that is not fantasy, but this book looked perfect and it was, almost in every way, there was a few little things that annoyed me like some of the speech that adults think teenagers say, it would have been so much better without it, it almost made me put it down, but as the book went on it lessened. The characters were great, the two girls acted like 10year olds at some points but, that aside I loved them. I also really liked the two guys, they both sound like amazing guys and respectful of the girls. The storyline was a little predictable but it was still exciting and full of energy. I thought it was standalone but found out at the end it is the first in the series, will definitely buy the second one in the series.

0%-  I have never read a book like this but I do like films like this so I am hoping I will like it. Not keen on the cover (almost put me off), but the title intrigued me greatly. I have not read many books not set in the USA or UK (or a fantasy world), so one set in New Zealand piqued my interest.

10% – I like the term “puss-brain” although it is very childish. I keep hearing an English accent in my head my when I read Tom’s speech, not sure if the authors needed to write like it would sound though. So Geo-Caching is meant to be popular in Britain, never even heard of it. Eli seems like a pretty decent character.

20% – The story so far is switching from Mica and Lexi’s points of view. It’s good but all the so-called teen talk is annoying, it’s not that frequent which is good. typical teenage girls making a plan to get the guys they have a crush on alone. There’s a couple of the scenes where the girls act like 10 year olds instead of 16, not sure if that’s the point to show how immature they are at the start. I remember being that close with my friends at that age, going home from school and can still spend an hour talking on the phone in the evening, makes it more realistic when you can relate to the characters, no matter how small the subject.

30% – I really want Mica and Eli to get together, they seem made for each other, but when he is 19 and she is 16, it is a little creepy. It looks like there will be lots of drama on this trip. Looking forward to it.

40%- So maybe Eli does like Mica, maybe he thinks she doesn’t like him or he is too old for her. Both girls are holding secrets from the other one because they do not want to hurt them.

50% – They bumped into the drug dealers and accidentally  got split up with their crushes. Since it’s YA I assume they will all get out alive.

60%- I like the way the author creates suspense by leaving you with a cliff hanger and then switching to the other couple, it leaves you plowing through the story for more.

70% – Unless they were driving up and down the highway, it is highly unlikely that Tom and Lexi would run into the bad guys. Is Tom suffering from concussion? Will Eli and Mica be able to find them?

80% – Looks like it’s up to the two girls to save the girls, hope they can pull it off.

90% – AHHH! I hate the word “pashing” shows no romance at all. I am getting the feeling that it is not yet over for Mica, will her leg get infected?

100% – It’s a nice full ending, I am not left wanting to know anymore. I am a big fan of Mica and Eli as a couple, hoping they will stay that way.

Who would I recommend this book to?

Anyone who likes YA or drama, it was a great read and I would highly recommend it.