Can you guess the book by the clues?

1. A 16 year old girl gets summoned from our world to new one by necromancer.
2. A sorcerer rescues her and helps her find her place in this new world.
3. You must never ask a sorcerer his name, only what they wish to be called.
4. The school bully is a crown princess.
5. The MC helps make inventions from our world to make some cash.
6. The school thinks people learn lessons from bullying, therefore allow it as long as no permenant harm occurs.
7. Older students resent her because she is allowed in a class as a first year that they had to work very to get in.
8. The MC’s name is Emily.
9. Alchemy is kind of this worlds science, or the closest thing to science.
10. The series is 14books long.

If you think you know, say in the comments.

In the peaceful seaside town of Cape Bonita, wicked secrets and lies are hidden just beneath the surface. But all it takes is one tragedy for them to be exposed.

The most popular girls in school are turning up dead, and Penelope Malone is terrified she’s next. All the victims so far have been linked to Penelope—and to a boy from her physics class. The one she’s never really noticed before, with the rumored dark past and a brooding stare that cuts right through her.

Everyone has secrets, and theirs might get them killed.

I read this book quite quickly since I wanted to know who the killer was, but I struggled after about halfway. The first half was well written and exciting, the second half was boring, repetitive.

Penelope, seemed like a good character at first, but her loyalties changed far too often, yes I know a killer was on the loose and she thought she might be next, but she changed her mind so much it gave me whiplash, this sort of thing does not give a good story. She trusted her friends then didn’t then they said one thing and she did again.

The other characters were good, but some of the stuff they did was unbelievable, the characters were obviously only doing it to make them suspects, which is annoying, throwing in some red herrings is necessary but this was too much.

Now without giving too much away, we are going to deal with the issue of the killer. Until the end there wasn’t really much indication it was them or any motive, it was a little out of the blue, yes it’s good when the reader cannot guess but you want them to have fun guessing and I really didn’t.

Even after everything I said I think it was an okay book, with lots of potential. 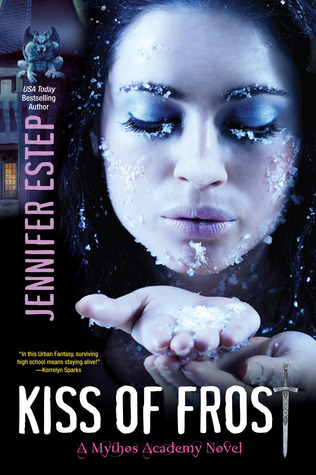 I’m Gwen Frost, a second-year warrior-in-training at Mythos Acad­emy, and I have no idea how I’m going to sur­vive the rest of the semes­ter. One day, I’m get­ting schooled in sword­play by the guy who broke my heart—the drop-dead gor­geous Logan who slays me every time. Then, an invis­i­ble archer in the Library of Antiq­ui­ties decides to use me for tar­get prac­tice. And now, I find out that some­one at the acad­emy is really a Reaper bad guy who wants me dead. I’m afraid if I don’t learn how to live by the sword—with Logan’s help—I just might die by the sword…

I enjoyed this one more than I did the first. Maybe it’s because you got see a different side of the characters. I like Daphne and Carson, it does any me a little that Gwen keeps referring to Carson as the band geek, there must be other ways to describe him or just use his name? I liked how Gwen seemed to enjoying her time at Mythos more. She was actually learning to use her knowledge to her advantage. Finally.
Logan seems to switch his mood more than he switches clothes. One minute he is not talking to Gwen, next he is making sure she doesn’t go off with some guy. I am surprised he doesn’t have whiplash. Savannah, she doesn’t seem like a very nice person, of course I am guessing that’s on purpose.

I liked the action and the story very much. I actually read this in two or three days, just forgot to put review up.

I really enjoyed this the second time round, I think the characters were fun and I am enjoying getting to know them again. I really like Oliver, I cannot remember if he is in later books but I hope he is, since he is one of my favourites. If you have not picked up the first one in the series yet I s 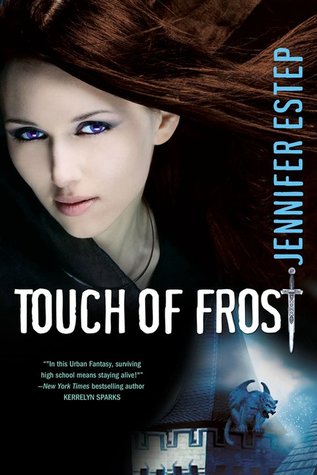 My name is Gwen Frost, and I go to Mythos Academy; a school of myths, magic and warrior whiz kids, where even the lowliest geek knows how to chop off somebody’s head with a sword and Logan Quinn, the hottest Spartan guy in school, also happens to be the deadliest. But lately, things have been weird, even for Mythos. First, mean girl Jasmine Ashton was murdered in the Library of Antiquities. Then, someone stole the Bowl of Tears, a magical artifact that can be used to bring about the second Chaos War. You know, death, destruction and lots of other bad, bad things. Freaky stuff like this goes on all the time at Mythos, but I’m determined to find out who killed Jasmine and why; especially since I should have been the one who died…

I enjoyed this, it took a little while to get into it. I found some of the writing a little annoying, sometimes the main character would find something and not know who it belongs to then describe it as his or hers, may have been an error, but happened a few too many times, and it was really annoying. Other than that the story was really good, it had lots of myths and legends in it. The characters were good, the plot was enjoyable, if not a little predictable. I worked out what would happen just before half way through. Gwen was an interesting character who learned as we did, she was new to the school, and did not believe most of what she was taught. The story progressed well, I loved some of the other characters, I liked how Gwen made friends and her Gran is probably my favourite character. I am looking forward to the next one in the series.

Four Stars out of five

I didn’t find any errors this times, either they updated it or I just didn’t notice this time. I still loved Gwen and the other characters. I liked Daphne more this time round, probably because I knew what she was really like. I could remember the main story but not smaller parts, it was really good to rediscover them. I am looking forward to rereading the rest of the series too.