I can’t fight what I feel anymore. I don’t have to choose. I belong to the Volkovs and they belong to me.

Nora Blessing’s first year as a wolf shifter at The Lycan Academy is speeding toward its conclusion. It’s been both the best and worst year of her entire life. So far she’s learned her entire life story is a lie. Her aunt is not her aunt. Her parents are not dead—or at least didn’t die when she was little. And she might not be completely a bitten shifter. Oh…and she has a twin sister.

What she does know is she’s crazy about four Russian brothers who want to be her everything in return. But she’s turned away from them yet again, feeling out of her depth. Also her best friend AJ is missing and nobody seems all that worried about it except her.

She’ll need to go on a wild ride to find her past, resolve the demons in her present, and secure her future. If she has the gifts to make it happen.

I quite enjoyed the first two books but this one fell flat for me. It seemed to focus more on the sex and romance than the fantasy. Not just that the fantasy was not focussed on, it was lacking on detail. There were so many details missed out and I felt like I do understand why a lot of stuff happened.

I felt like the brothers were all just the same to me, no difference in their personalities for me.

Overall not great, not as good as the first two, has potential but really lacking on detail and finese. 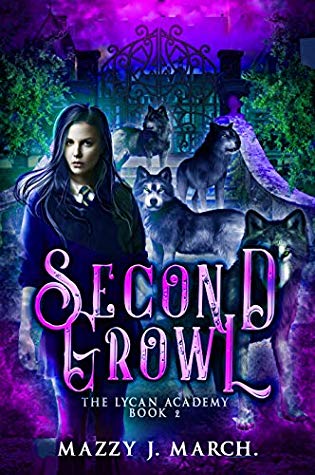 I’m irresistible to the Volkov brothers. I can’t choose just one.

Hi, I’m Nora Blessing, and I’m a wolf shifter. Last summer, everything I believed about reality took a shift. I was bitten by a wolf. Turned out my fear of rabies was unfounded. I had much bigger things to worry about. Like turning furry and eating little fluffy forest creatures.

But I’m not all alone. As well as whoever that wolf was who bit me, there’s a whole academy full of wolf shifters learning how to be themselves in a modern world. And despite my mediocre performance in high school, the Lycan Academy considers me worthy of a full-ride scholarship to their hallowed halls. I’ve survived the first semester—well, I haven’t seen my grades, yet, but I’m alive. And after being attacked by a terrifying demonic entity, I appreciate the fact I’m still breathing I’ve learned how to shift without everyone seeing me naked. Big plus. The four hottest guys in school seem to have me in their sights. Not typical Nora stuff.

I thought I’d adjusted pretty well until an outbreak of chaos revealed layers of mystery and possibly horror in my new school. Something or someone is loose in the halls and on the grounds, endangering all my new friends, and focusing on me in particular. What is it about me that is attracting all the crazy?

I wish I knew. Because I’m scared.
And I can’t just go home.
I’m a wolf. I belong with other wolves.

I found this a little bit lacking in the beginning. It just did not have the flow the first one did. It just felt the author was trying to create as much action and drama as quickly as possible. I am glad the romance is going slow since it’s an odd situtation and I am not sure I am liking the reverse harem side of it. Just doesn’t seem normal to me.

I will be reading the third one since there is many unanswered questions. I am still perplexed at the school and lack of authority, the students seem to be able to get away with just about anything, even murder doesn’t seem to be being investigated properly.

My first shift unleashes me. Mating one won’t be enough.

The Volkov Four are the hottest guys at the Lycan Academy. A school just for wolf shifters, all of whom are genetic shifters except one. Me. I’m a bitten wolf, one whose story does not have the history of any of the others.

Shifters have one rule.
Thou Shalt Not Bite a Human.
But someone did, as evidenced by the deep scar on my thigh. And my sudden interest in breakfast meats.

Every girl at the Lycan Academy would jump at the chance to date any of the Volkov brothers. They’ve never shown a female any romantic intentions. But, for some unfathomable reason, they have turned their attention—all of them—to me.

These shifter girls’ claws come out when they realize the brothers have a taste for me. They bark, but I don’t think they´ll bite—hopefully.

But they’re nothing compared to the shadow that hangs over the entire academy. A force nobody wants to talk about but whose evil can be felt in the corners of the ancient structure. The professors hint at it, the students speak of it in whispers…and I feel a chill in the marrow of my bones whenever I pass a certain hallway. It would be easier to protect myself if I knew more, but nobody will tell me.

The Volkovs insist they’ll make sure I’m safe, but it’s not enough. After all, I don’t even know which one is mine because I want them all.

With each passing day the shadow grows. Soon it will encompass the school and everyone in it. Maybe even more than that.

I have seen quite a few reverse harem books about and since this was short I decided to what the fuss was about. The writing was not great to be honest, with a little work it couldm be much better, it kind of feels like a first draft that has not been amended. The fantasy side was good, I liked the take on werewolves or Lycan. Nothing completely new but a little different to anything I have read.

The pacing of the story was good, for a short book I liked it but the school dynamic seemed odd. For such a strict school it seemed weird that they let three men live off campus and a female student spend the night with no issue. There was only a very small sex scene in this book, which was the part I am most unsure about. I do not mind sex in books but there has to be chemistry, can she have chemistry with four guys at once, maybe we will see in the next book, which I am going to read.

Overall I liked it, I did swither a lot on what rating to give it, but I decided the writing did not put me off enough to rate it 3 stars. 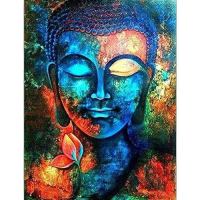